It’s a little harder to imagine now, looking around the busy ferry transportation hub that is South Baymouth in the summer, the two-family fishing base of 1878 that became the foundation of a booming fishing industry, when the village became known as ‘The Mouth.’

The original fishing families, the Ritchies and the Wilmans, joined by other pioneers, also built the first school in 1891. Heading south to the ferry, that school is the last building before the terminal–a bright red wood structure, trimmed in white, with belfry and bell, it is now part of the complex known as the Little Schoolhouse and Museum, just the place to explore the humble but ambitious beginnings of the port village.

The Little Schoolhouse was in use until the 1960s and is fully furnished with all the accoutrements conducive to learning–small wooden desks, blackboards behind the teacher’s desk and cards along the top with the perfect cursive writing all pupils had to master, a globe, a wall map of the world, a woodstove, all authentic to Manitoulin schools in the 1940s.

The separate Museum building a few feet away, opened in 2001, is a large, bright space holding captivating displays on all sides and curio cases in the centre that feature this community’s important role in the development of the Island economy. Highlighted are the early activities of catching, salting and shipping fish, the subsequent commerce in fresh fish, the families, Green, Chisholm, Sim, Owen, who joined the original two in building South Baymouth’s thriving fishing industry, the beginnings of regular ferry service to and from Tobermory with the 14-car ‘Normac’ in 1932. 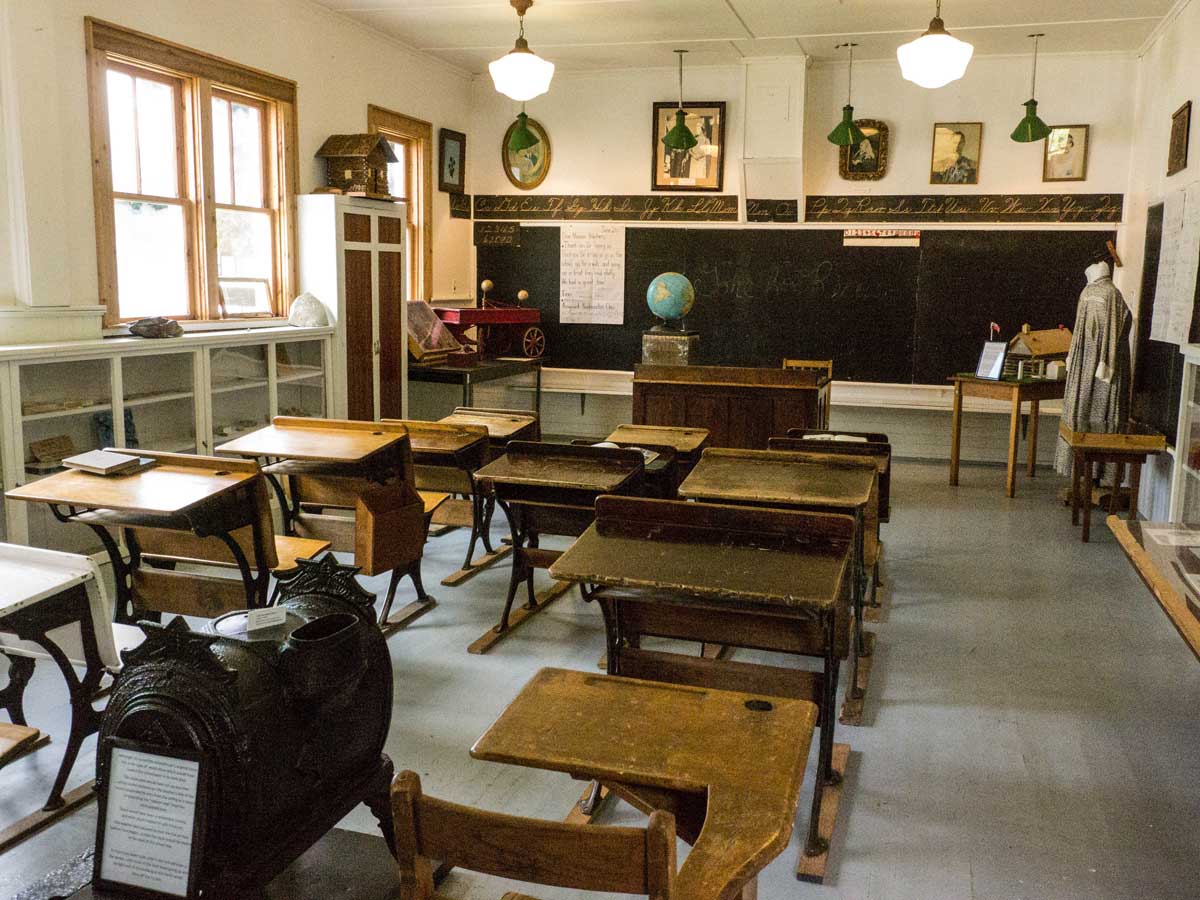 Among the mounted photos of early settlers, mills and scenes of home and farm life are a hundred-year-old ‘Log Cabin’ quilt, an alcove honouring spinning and weaving arts, the community’s first telephone switchboard, and photos and artifacts of WWI and WWII donated by local veterans’ families.

The Museum devotes a section of the exhibition area to the enduring story of the ‘ghost town’ of Michael’s Bay; the site of the old mill town lies 15 kilometres west of South Baymouth. Here, in the place of a former Odawa settlement that dates to the 1600s, as soon as Tehkummah was surveyed in 1866, a mill was built on the rushing Manitou River that before long cut and shipped millions of feet of pine, squared timbers and lath; in 1879, a town plot was laid out. Called ‘Stumptown’ for its only major commercial activity, timbering (which some say account for the rapid rise and fall of Michael’s Bay), it saw the building of boarding houses, stores, a hotel, taverns, a bakery, a school and soon spawned such occupations as millwright, cooper, carpenter, lighthouse keeper, fisherman. By the mid 1880s, the population of Michael’s Bay had grown to 400 souls.

The whole settlement burned in 1914, razing the mill and the homes and businesses to the ground; the booming town that had appeared overnight similarly vanished in smoke. All that is left today is a large expanse of flat field next to the falls where the mill stood, now almost totally hidden by large trees.

The mandate of the Michael’s Bay Historical Society (MBHS) is “dedicated to preserving the history and restoring the Michael’s Bay Townsite …. with the goal of purchasing the land.” The MBHS seeks to protect the five found cemeteries from development; one of these, a Methodist burial ground where 43 graves were found, is roughly signed on Michael’s Bay Road and may be visited by taking a short path leading into an overgrown, leafy glade where underfoot, little white crosses now bloom in the dense ground cover. 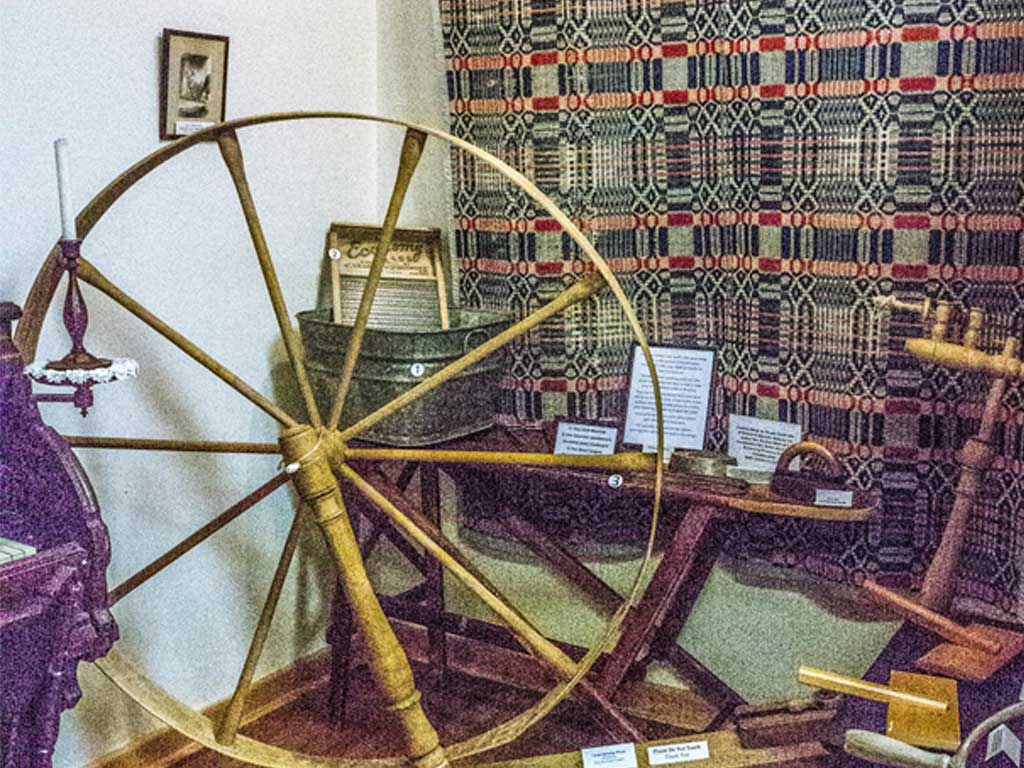 For now, the Michael’s Bay town site is under the auspices of the Federal Government due to an ongoing series of complicated previous land dealings; the old ghost town is closed to public access. Outstanding issues, including the Indigenous burial grounds and Anishinaabe land claims, must be resolved.

The Little Schoolhouse Museum is the repository of the old survey maps of the town plot of Michael’s Bay and of records, photos and artifacts of the time of the lumber boom, the bust years that followed and of the ultimate tragic fire. There’s not much left now but the poignant memories and artifacts of Manitoulin’s first lumbering town and of the dreams and aspirations, not only of the early builders of South Baymouth and Tehkummah Township, but of those of seek to preserve them.