This beautiful church was built in 1940 of area stone and cedar.

Accessible only with permission, this is a place where youth would come and dream of their destiny following a fasting time.

The monument commemorating U.S. President F.D.Roosevelt’s wartime (1943) fishing trip to nearby McGregor Bay is at the main intersection of Birch Island.

Highway 6 passes through the community and large new signs indicate the extent of the First Nation’s traditional territory. The northerly sign is about 12 km south of Espanola and northbound visitors will see the south sign just after they’ve left LaCloche Island (north of Little Current) and after crossing the short isthmus that provides a roadway over what had once been port of the Voyageurs’ canoe route.

The signs indicate that the community has been a signatory to each of the relevant local treaties with the Crown: 1836 and 1850 and that Whitefish River First Nation is “A Place of Visions and Dreams”. This refers to a spiritually-important site at a high point in the community called Dreamer’s Rock where young men, alone and fasting and on their vision quests to try to ascertain their future in the community, would traditionally spend a night (or nights) sleeping in a natural body-shaped impression in the rock.

This is for information:

access to Dreamer’s Rock is not available except with the express permission of the band office, the community’s local government centre. It’s located on Rainbow River.

What is accessible is Rainbow Lodge, a large log building built near the base of Dreamer’s Rock and accessed via Sunshine Alley (bear to the right east).

In the Birch Island area: 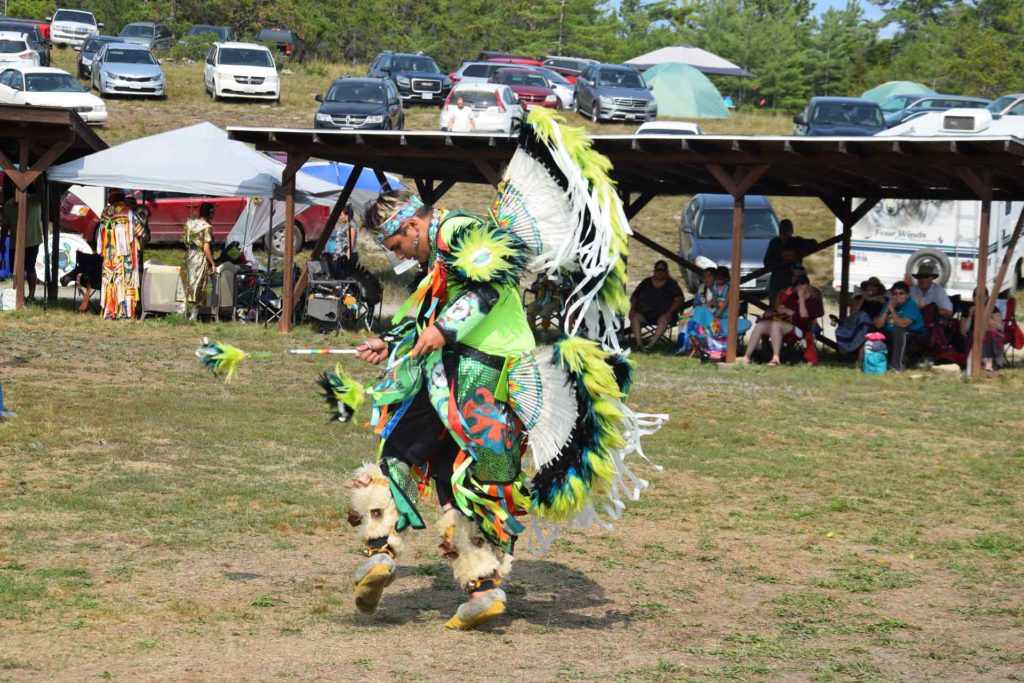 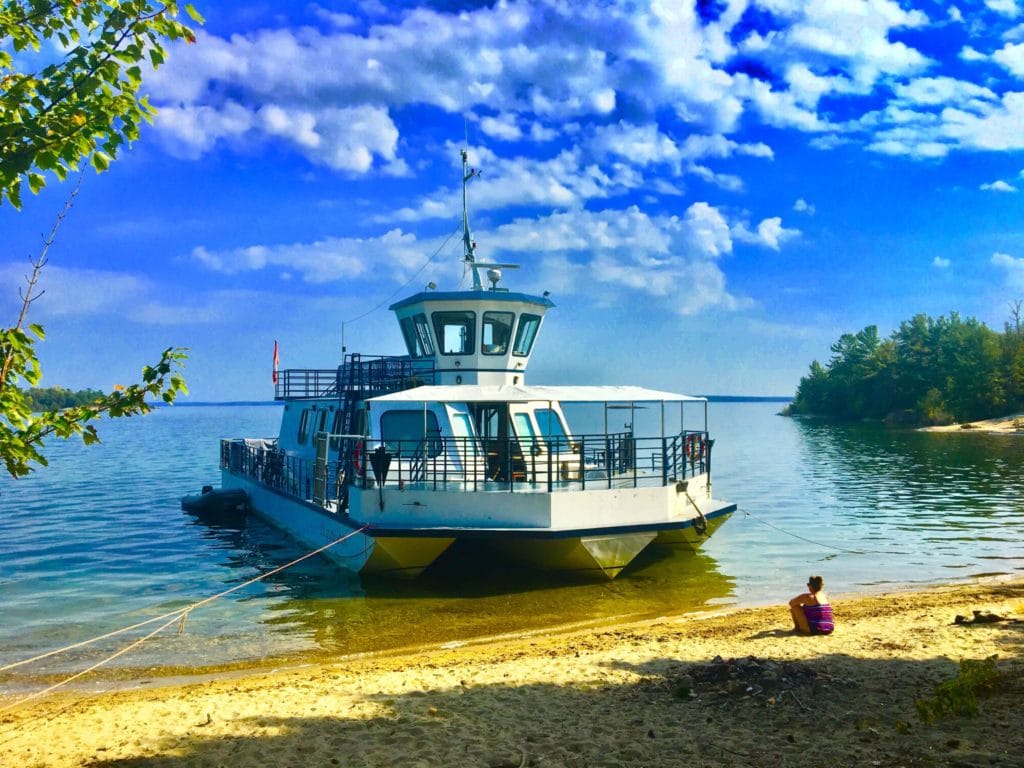 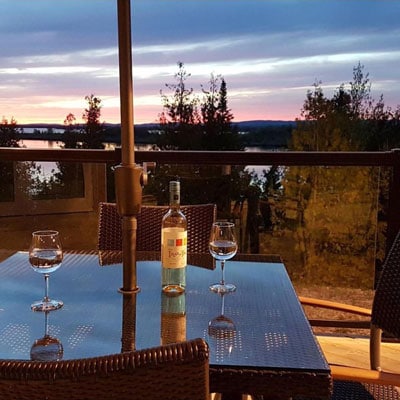 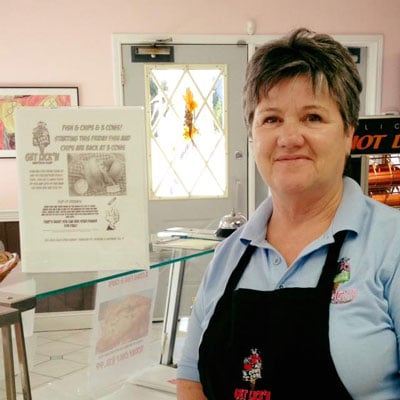 3 Cows and a Cone 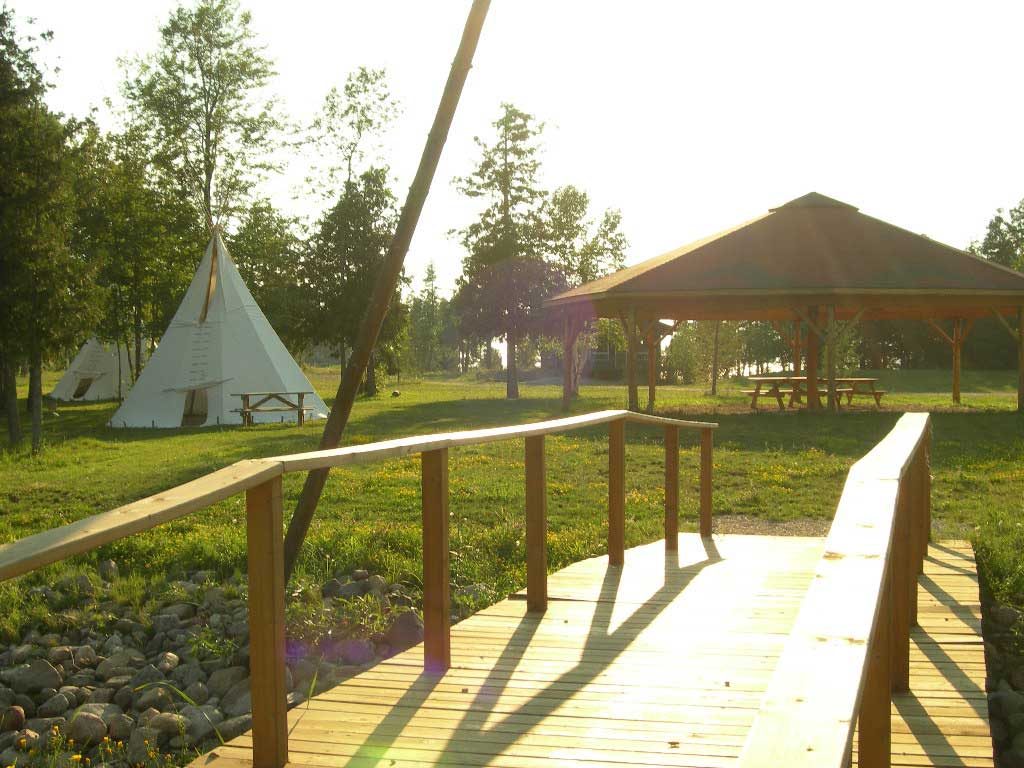 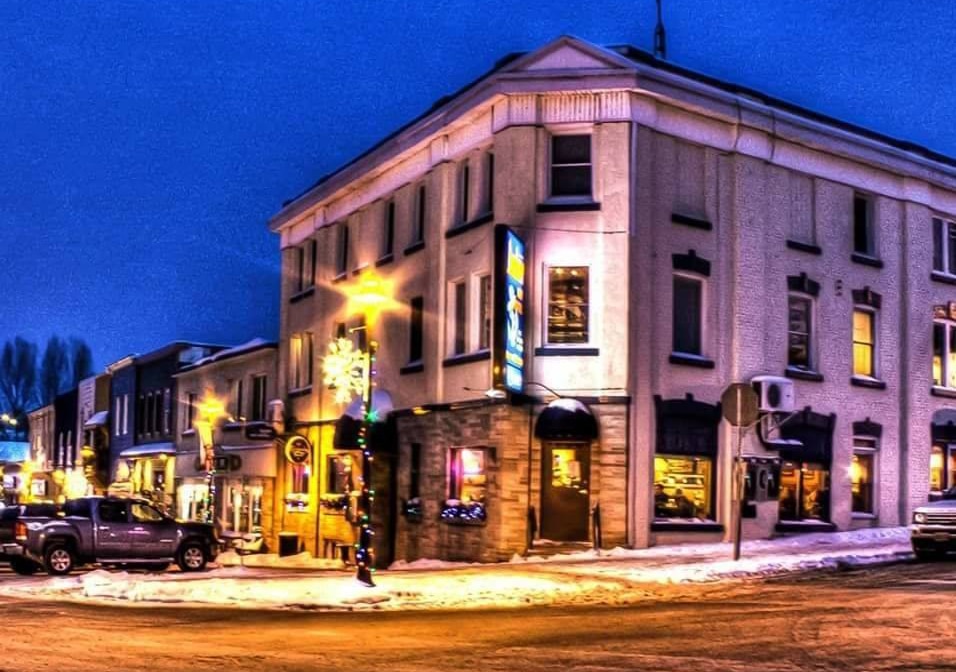 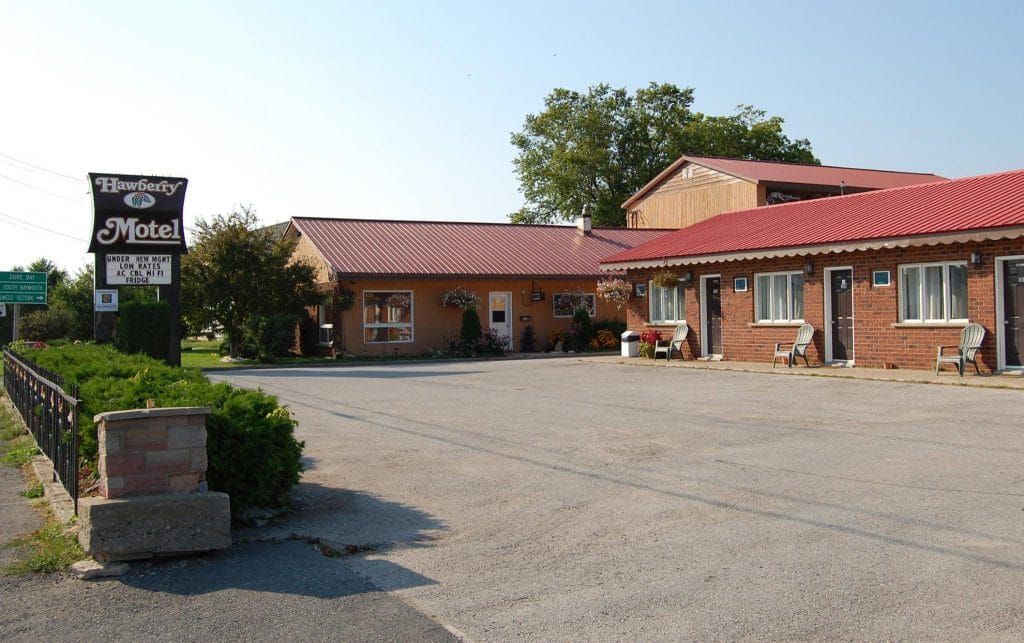 Hawberry Motel North Channel Your comfort is our reward. Hawberry Motel invites you to enjoy nature’s artistic beauty on the
Learn More 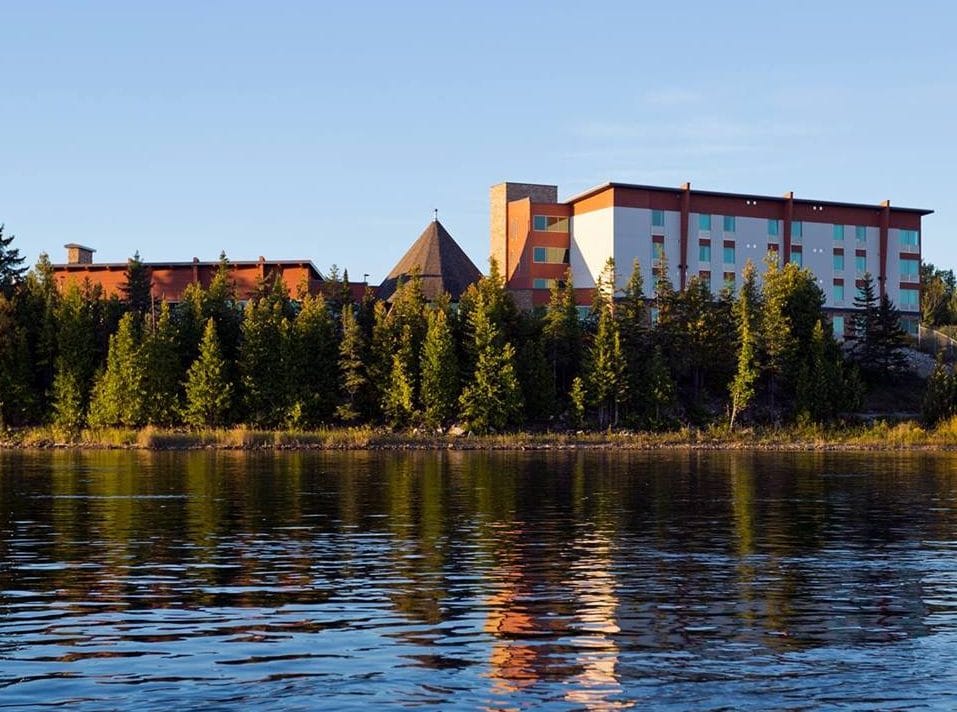 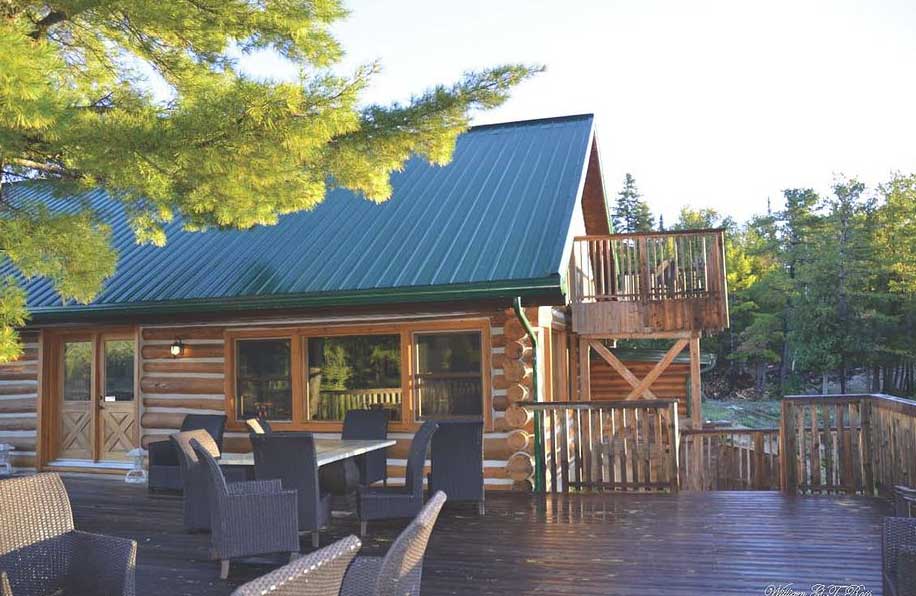 People of certain age (or even younger folks who’ve seen it in reruns) will remember this building as the main set in the 1970-71 CBC series ‘Adventures in Rainbow Country.’

By the way, Rainbow Lodge can be leased for family get togethers or corporate retreats.

This series was shot all around Birch Island, Manitoulin Island and nearby Whitefish Falls and Willisville. (Sadly, the iconic fire tower in the show was located off Highway 6 above the Willisville turnoff but was dismantled several years ago by the province of Ontario.) The community’s Wawaskesh Pow Wow is held annually in late August adjacent to Rainbow Lodge. Central to the village on Highway 6 is the community’s war memorial with its smartly-snapping flags. Just beside the memorial, one road leads downhill (east) to McGregor Bay and its counterpart on the west side of the highway leads down to the Bay of Islands, both important features of Northern Georgian Bay and the North Channel of Lake Huron. A busy community hall flanks the war memorial (the building also houses the head office of Waubetek Business Development Centre, an important community organization that assists businesses in First Nations throughout Mid-Northern Ontario.

In recent years, the community has replaced its elementary school (Showanose School, named in honour of the community’s original elder), its local seat of government, its health centre and its fire hall. These are all located along the roadway leading west off Highway 6 just below the brightly painted water tower on its height of land.

Another feature is the ‘RooseveltMemorial’. It’s a plaque set into a large piece of the rose quartz rock that is typical of this community and memorializes U.S. President Franklin Delano Rossevelt’s single wartime fishing holiday, in 1943, in the waters of McGregor Bay. The event (top secret at the time, of course) had been organized by friends who were summer visitors to McGregor Bay.

The interesting plaque is set into the rock just off Highway 6 and very close to the very pretty St. Gabriel Lalemont Roman Catholic Church, a study in local stone and craftsmanship. It and the Roosevelt plaque are located at Birch Island’s primary intersection on Highway 6.

An interesting side note: a float plane whose task it had been to offer airmail service to and from Washington D.C. for important presidential correspondence during FDR’s nearly week-long holiday caught on fire at its mooring at Birch Island and was quickly scuttled. Over a half-century later, a local diver and historian raised the remains of the aircraft and they are now on display in one of the buildings of the Centennial Museum of Sheguiandah, just south of Little Current.