Tucked into a hillside in the town of Gore Bay, a complex of limestone buildings was erected in 1889 when the town became the judicial seat of Manitoulin Island: a courthouse, a land office and a home for the jailer—with jail cells—perched on the lower slopes of the West Bluff, visible from every vantage point.

Today, the large courtroom in the classical-style building at 27 Phipps Street still hears the cases for the District of Manitoulin every week of the year. The jailer’s home, a quaint farmhouse-style stone structure at 2 Dawson Street around the corner from the courthouse, now houses the Gore Bay Museum.

The former home of the jailer and his family, and the ‘lockup’ part of the house—four tiny jail cells with a high barred window, narrow barred cell door and barely enough room for a cot—were separated by a thick wood door. Nowadays, this part of the museum, home and jail, accommodates early settler artifacts, furniture, lace bedspreads and table runners, dolls, toys, dresses, hats and kitchen implements in its perfectly preserved, original rooms; a noteworthy collection honours the career of local photographer Joseph Wismer with exquisite prints made from his glass negatives taken between 1900 and 1930. The prisoners’ wood refectory table, off-limits to photographs, is a moving memorial to the men who carved their names on its surface.

A new wing, designed by architect Brian Garratt and built in 2005, beautifully accentuates the old jailer’s quarters, and has also expanded the museum’s role in the community as host to artist exhibitions, lectures, concerts, book launches and readings within the wide space and, in summer, also outside on the long, stone-column-lined ‘porch’ on two sides. 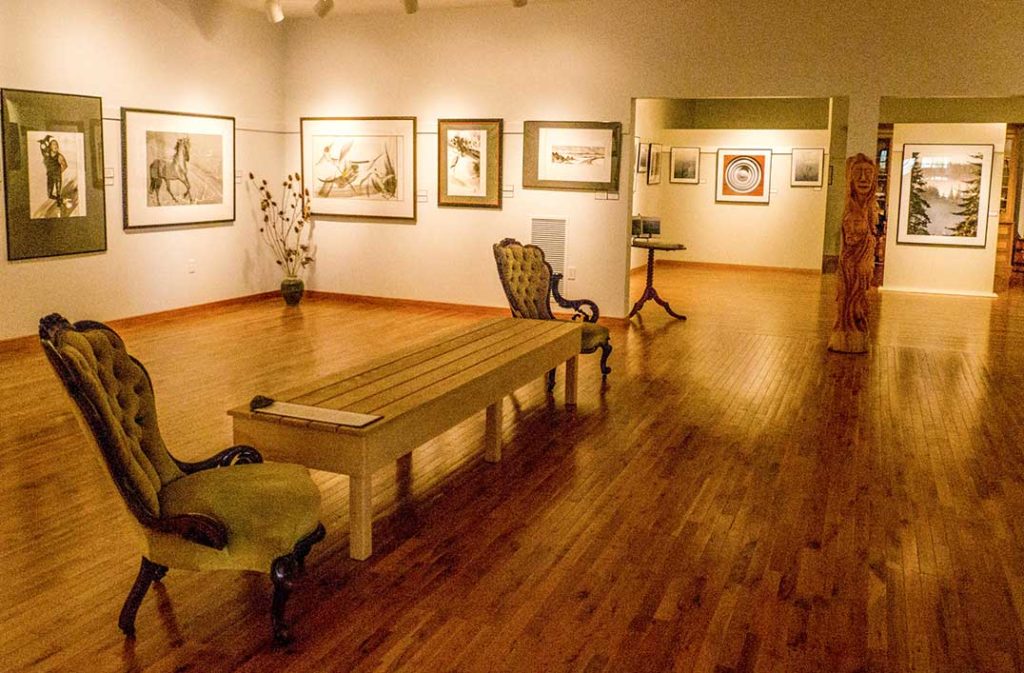 Since 1987, Nicole Weppler has been the director of the museum, overseeing continual improvements as well as the building and programming expansion that then led to the development of a ‘satellite’ site on the waterfront, the Harbour Centre, dedicated to showcasing local art and artists in their studios, galleries and shops and the William Purvis Marine Centre on the third floor.

“Nothing beautiful happens without a multitude of people helping,” says Ms. Weppler, who works with the Museum Board of Gore Bay’s town council and many community volunteers to stage multiple events–with homemade donated catering–every year to benefit the community and raise funds for the preservation of the historic museum building. For the last three years, Cheyenne Barnes has been the able summer intern greeting visitors, clearly enjoying the “great environment and people experience” and showing her anime-inspired drawings in the gallery gift shop before she heads to Laurentian University in the fall for zoology and music studies.

This summer, until September 30, the large, modern space is showing two local artists’ fine works in traditional and modern media: ‘Confluence’ is an exhibition of brushwork paintings in Japanese Sumi-e inks and Chinese watercolours on Japanese and Italian fine art paper by Lynne Gerard. The artist, whose studio and shop is in the Harbour Centre, merges her considerable skills in painting, poetry and calligraphy to create each artful, enlightening meditation on birds, horses, ravens, hummingbirds, a bicycle ride home after work, life, art. 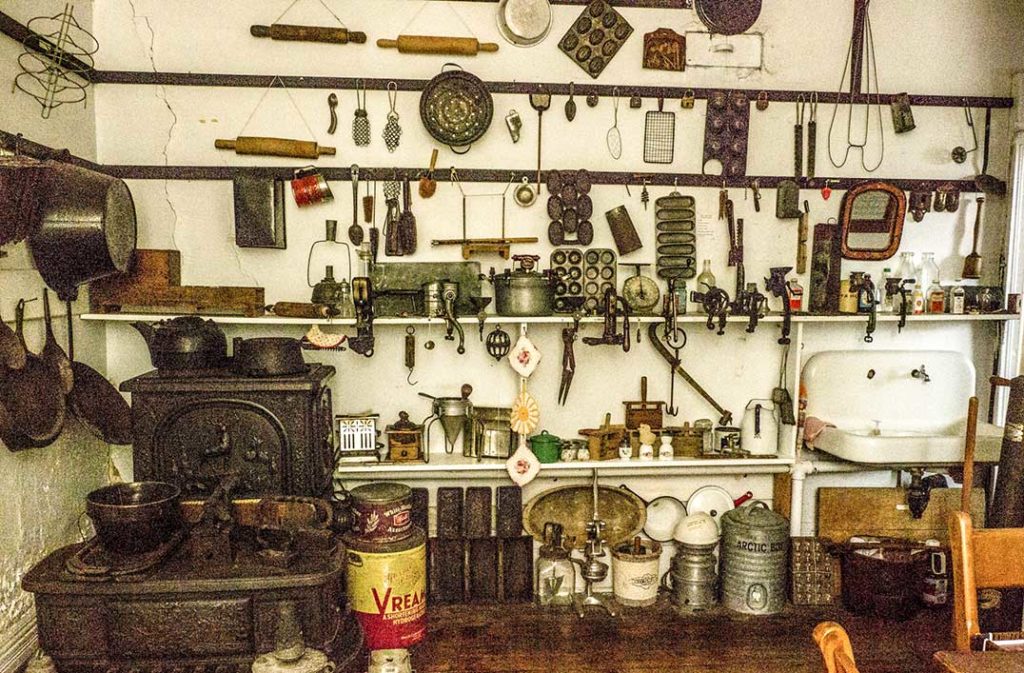 Another gallery is dedicated to the memory of Donald Moorcroft (1935-2015), a photographer who summered for years at Ice Lake; a former professor of physics at the University of Western Ontario, he was a hobbyist at first. On Manitoulin, he said, he could “suddenly see what was in front of my eyes.” His work is of deep contemplation of patterns, textures, landscapes and feelings in Nature: lichen as you’ve never seen it, mesmerizing veins in rock, a forest melting in golden fog.

Slipped in behind the gallery is the ‘dental office’ with two dental chairs and all the grim accessories necessary to the gruesome procedures available then. There’s a ‘grocery store’ display with cash register and typewriter on the clerk’s desk and boxes and cans of popular old brands of household goods stacked on the shelves.

Step over the door sill that separates the gallery from the home and jail to be transported into Gore Bay and environs of the late 1800s. In the warren of original rooms, upstairs and down, little dioramas are created, each a surprise to come upon. A child’s bedroom resonates with the care of the painstaking hand work in the lace bed cover and embroidered nursery rhymes. In the jail, one cell is exactly as it was then, cot overlooked by barred window; other cells are arranged as curio cabinets of fascinating relics of bygone days: clothing, dolls, wash bowls and jugs ordered from the Eaton’s catalogue.