Two museums within easy access to each other, in Little Current and Sheguiandah, each distinctive, tell of prehistoric peoples, of the settlers of large homesteads, the builders of towns and villages, the entrepreneurs and their struggles to establish a foothold on largely forested Manitoulin Island beginning in the 1860s when the land was first opened to settlement.

Up the wide, old staircase to the second floor in Turners store on Water Street in Little Current, tucked into a far corner, is the tiny one-room museum dedicated to the Turner family and mercantile history of the last 140 years. A bit like stumbling upon a cache of treasures in great- (or great- great-) grandfather’s attic, the museum’s collection is stacked here and there throughout the little space in and on old glass store cases and counters; an ancient typewriter collects dust beneath the stern gaze of Turner ancestors whose framed photos cover the walls; yellowed newspapers proclaim achievements, wins in boat races and milestones in the business and political life of the town.

When Isaac and Elizabeth Turner arrived in Little Current in 1877, they had only stopped to rest for a few days before continuing on their journey west in pursuit of advantageous land prices, but the aspect of the flourishing Manitoulin town pleased Elizabeth and she refused to move on. Two years later, Turners was established as a dry goods store, selling everything from flour to rubber boots, pots and pans and cloth by the yard.

Little Current was booming in 1879, having been surveyed in 1864-65, after the Treaty of 1862 removed the Indigenous residents, who had been living on their lands and operating businesses there since the 1850s, to the small nearby reserve of Sucker Creek (now Aundeck Omni Kaning First Nation). 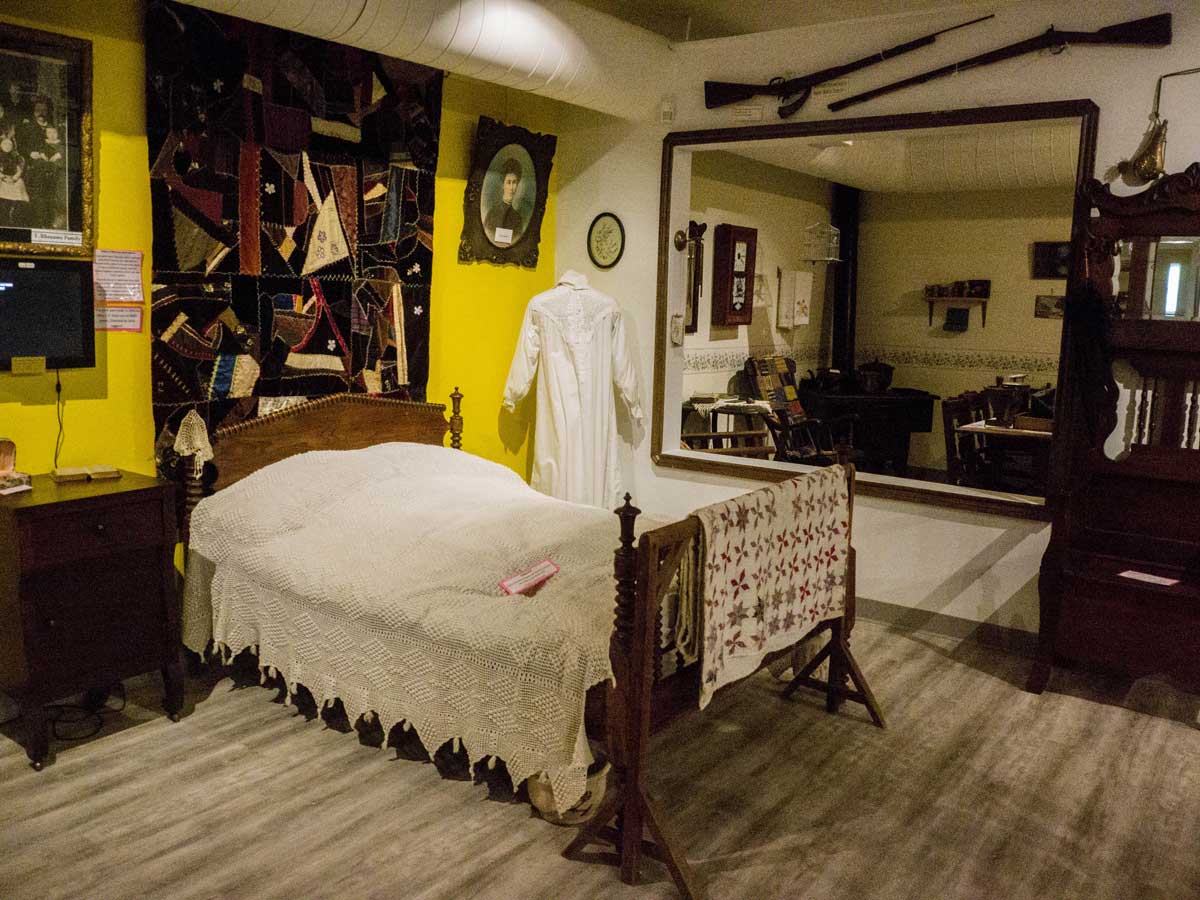 On the steamer route, Little Current became a market town, boosted by the huge trade in lumber. In about 1874, the first small sawmill was built, then the larger Red Mill in 1886 and two other large mills shortly after, hiring hundreds of men and sheltering them in boarding houses along the waterfront.

Later, Turners became widely known for its fine British china and wool; it was the place to shop for mohair sweaters, coats of camelhair, cashmere shawls, linens for table and bed and clothing for the whole family, all imported from England. “Canada’s oldest nautical chart dealer” still sells charts, reflecting the family’s passion for boating of Grant Turner who founded the Great Lakes Cruising Club, and of Jib Turner, a sailor of some repute. The iconic Turners map of Manitoulin was developed by Barney Turner in 1949 after he took a course in cartography; that map, with some improvements in the 1960s and in 2006, has been a big seller for seventy years, its vintage look a favorite of souvenir hunters.

Debby and Jib Turner are the owners of Turners today, in the same building the store has occupied since 1913 when it was built by George Strain, after Turners had occupied two other town locations. “We’re the fifth generation of Turners to carry on the family business,” says Debby Turner, “and we’re waiting on the 6th and 7th generations of customers who have shopped here since the doors opened in 1879.”

“Since the high import tariffs of British Trade Act were imposed in the 1970s, Turners has moved toward becoming wholly Canadian, specializing in more Canadiana and local art in the upstairs gallery,” adds Ms Turner. “Turners of Little Current is still in small part a department store but is mostly focused on quality Canadian products while our new store in Elliott Lake is truly a department store. In a way, Turners has come back to its roots.”

Just 10 kilometres south of Little Current on Hwy 6, the Centennial Museum of Sheguiandah offers a sweeping survey of this area’s origins, beginning with the earliest human activity. Artifacts on display, excavated from a quartzite outcrop nearby known as Sheguiandah Hill and carbon-dated by archeologists to 10,000 years ago, are evidence of quarrying by the first humans on Manitoulin Island after the last Ice Age. In 1954, the Sheguiandah archeological site was designated a National Historic Site of Canada, along with the habitation area that encompasses today’s village of Sheguiandah. 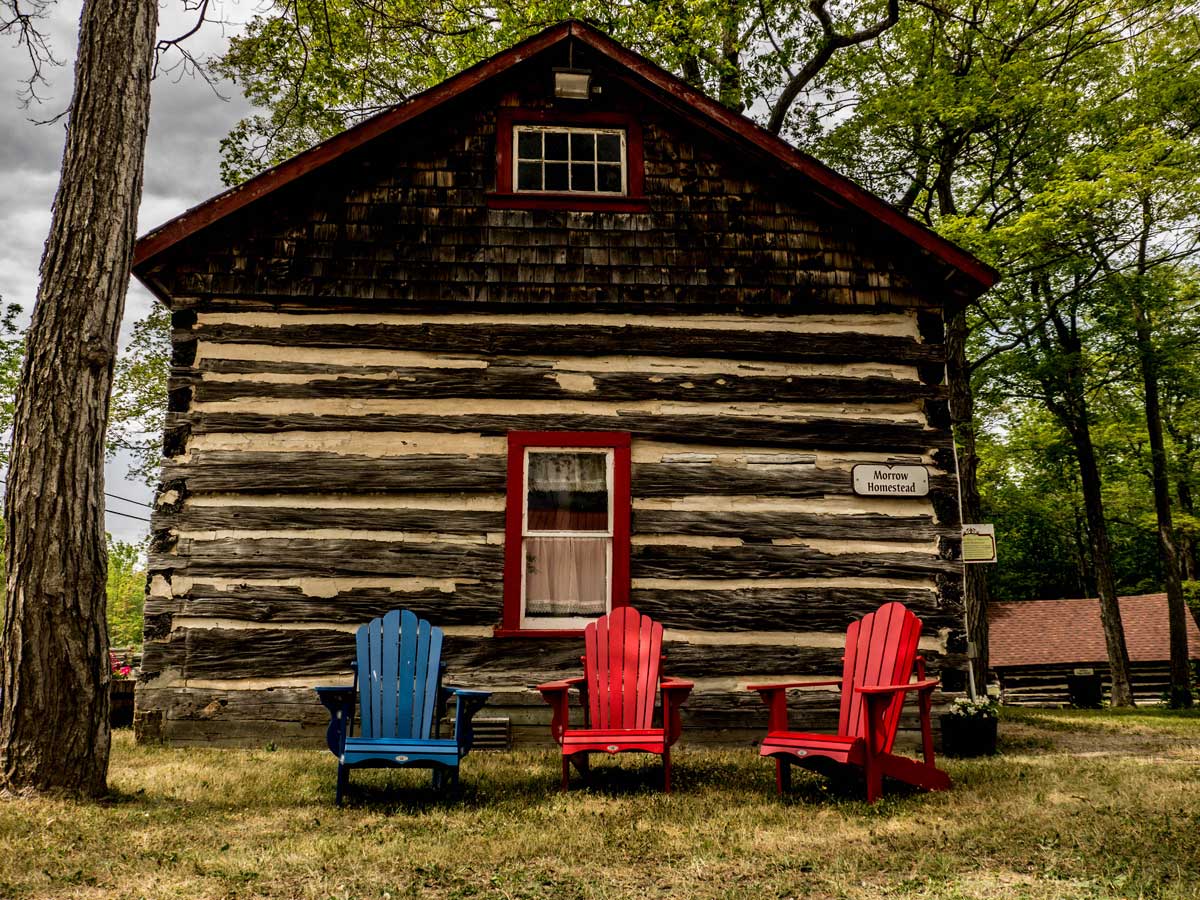 Large descriptive panels outline the anthropological periods here and the two excavations of the 1950s and the 1990s that definitively confirmed the age of the findings; glass cases hold the ancient spear points, hide scrapers and other prehistoric tools that define this museum as unique on the Island.

Like its neighbour Little Current, Sheguiandah was a lumber boomtown at the turn of the twentieth century, with three water-powered mills in operation by 1902: a grist mill (for grinding grains into flour), a sawmill and a woolen mill. A map available free at the museum takes visitors on a historical walking tour through the village of Sheguiandah, highlighting the mills, cheese factory, milliner’s shop, blacksmith, school, post office and hotel of olden days.

The luxuriant grounds of the Centennial Museum are filled with several log cabins furnished in period detail and turn of the century farm machinery; picnic tables and lawn chairs invite visitors to relax and soak up the history of this ancient place.

The modern building housing the Museum itself opens onto a hallway lined with photographs of the area’s first settlers, introducing visitors to the Heis, Nicholson, Skippen, Batman and Lewis families that arrived here over 150 years ago. A family feeling pervades the museum, with an authentic recreation of a cozy bedroom with beautifully hung starched cotton nightdress; other vintage clothing in rich-coloured, well-preserved fabrics dot the room among a selection of antique musical instruments: an elaborately-carved Newcombe piano, a violin and a concertina that enlivened homesteaders’ long winter evenings.

The Museum hosts a wide range of events each year: the annual Heritage Alive Art Exhibition runs from July 18 until August 15, and the Manitoulin Fine Arts Association Members’ Art Show from August 20 until September 8. The full line-up of summer and fall events is listed on the website.